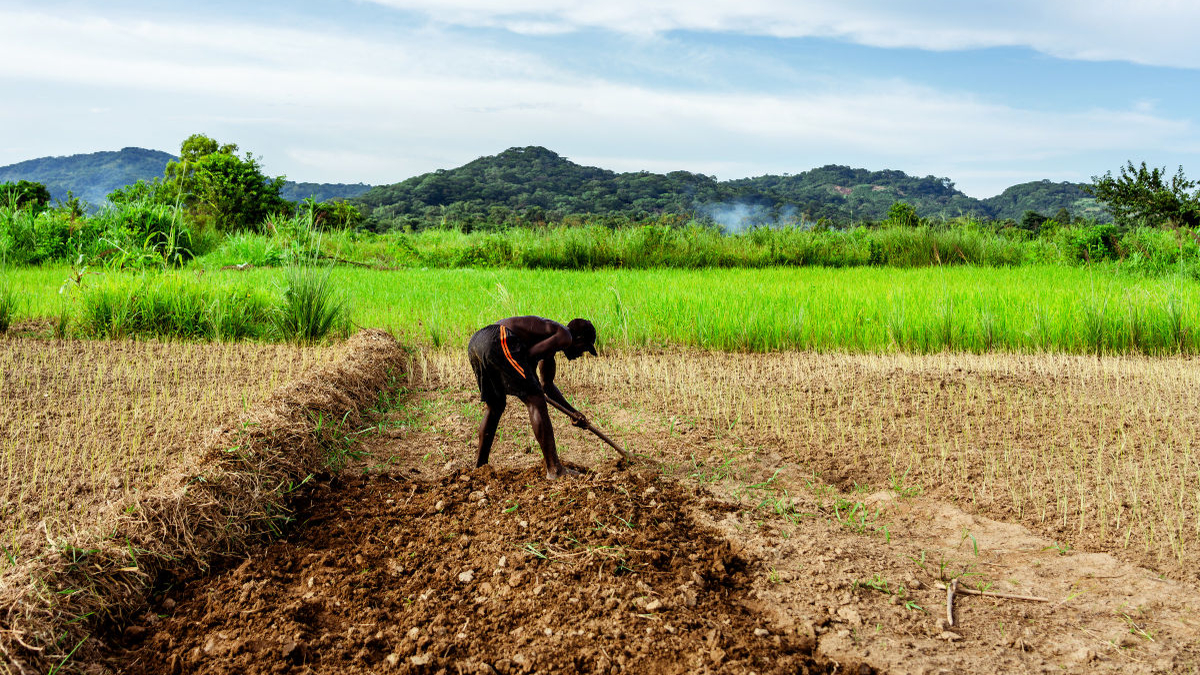 Environmental Impacts of Fertilizer use in Food Production

Agriculture is one of the top contributors of greenhouse gases, making up 24% of global greenhouse gas emissions in 2014 ( FAO, 2014 ). This significant level of emissions is not slated to decrease anytime soon, as it is projected that the global population will grow to 9.7 billion by 2050, and demand for agricultural production will likely increase accordingly. These additional 2 billion mouths to feed pose not just a threat of increased greenhouse gas emissions, but also a risk of widespread food insecurity and hunger. Food systems must be managed sustainably to grow to meet the necessary demand, while simultaneously mitigating the impact of agriculture on climate change.

Fertilizers specifically have enabled farms to produce the crops that have sustained our world’s ever growing population, but are a major contributor to greenhouse gas emissions and overall environmental impacts related to farming. Fertilizers are necessary for crops because they provide soil with the crucial building blocks for plant life and growth: nitrogen, phosphorus, and potassium. This piece will focus specifically on nitrogen’s role.

Nitrogen is not a rare element - it makes up about 78% of the atmospheric air we breathe, and is abundant in soil in organic forms. However, nitrogen in those forms is not “biologically available.” Nitrogen must be in a mineral form, such as nitrates or ammonia for plants to access and utilize it for growth. Some nitrogen does naturally occur in the needed form through a process called mineralization. Mineralization occurs when specialized microbes in soil break down decomposing organic matter and transform it into mineral forms to be used by plants. This microbial mineralization is done within the root nodules of many leguminous plants, in a process called “nitrogen fixation”. Often, this naturally occurring process does not produce sufficient “fixed” nitrogen to support an agricultural operation. Without enough nitrogen in the correct form in their soils, farmers are not able to maximize their crop yields, so they turn to man-made synthetic fertilizers.

In order to mass-produce chemical fertilizers that contain biologically available nitrates, manufacturers use the Haber-Bosch process, invented in 1905 by Fritz Haber and Carl Bosch. The Haber-Bosch process is a way of facilitating synthetic nitrogen fixation from gaseous nitrogen in the air. Prior to the development of this process, all the food grown around the world had been fertilized for thousands of years with compost made from dead organic matter.

Though synthetic fertilizers and “fixed” nitrogen revolutionized farming and helped to feed billions of people, they pose a significant environmental threat in multiple ways.

One problem with synthetic fertilizers is that they are not stable in soil. Natural, untilled top soils will maintain their nutrients for many years even when wild plants are utilizing them, but tilled croplands can lose nutrients into water runoff very easily due to erosion. When fertilizer runoff enters streams and bodies of water, local algae can feed off the excess nutrients, and harmful “algae blooms” can result. These blooms deplete oxygen in the bodies of water, killing animal life and damaging the natural ecosystems.

Additionally, the production and use of fertilizers is associated with greenhouse gas emissions on farms. For one, the Haber Bosch process is a very energy intensive process, meaning that there are significant greenhouse gas emissions associated with just the production of fixed nitrogen for fertilizers. In fact, the Haber Bosch process accounts for more CO2 emissions than any other industrial scale chemical process, and the process alone makes up 1% of global CO2 emissions.

CO2 isn't the only greenhouse gas associated with nitrogen fertilizers. In recent years, attention has focused on the production of N2O in agriculture. Globally, 40% of N2O in the atmosphere comes from human activities, and agriculture is the largest human made contributor. Microbes in soil interact with excess fertilizer to release N2O into the atmosphere, where it has an effect on warming at the level of 300x that of CO2.

In poorly maintained cropland, the topsoil can become infertile through runoff and nitrogen processed by microbes, requiring even more fertilizer to support crop growth. When a farmer’s investment of extra nitrogen is lost into the water runoff and N2O emissions, and not used up by their plants to their full capacity, their crops will not produce as much as they are capable of. Thus, adding the correct fertilizer in the correct amount is critical to both a low environmental impact and a high crop yield. This is an environmental concern, as well as a public health and economic one.

In response to this issue, AgroFides is developing a metric for scoring farmers on their , or NUE. This score takes into account the volume of fertilizer applied, the nutrient loss from crop soils, and the crop yields at the time of harvest. It is important to optimize these features in order to save money, reduce the environmental impact, and maximize the profitability of the crop and its ability to feed the community.

One example of a calculation of NUE is the Environmental Performance Index ,(EPI), a scoring system developed at Yale University that ranks 180 countries on 11 environmental issues, such as public health, climate change, and agriculture . Those working on the EPI as well as other researchers have developed numerous ways of calculating NUE in order to find out what farming practices have the best results, and where improvements can be made.

This NUE indicator score will be one of many in a system that AgroFides uses to score farmers to assist them to implement climate-smart practices, improve their yield, and improve their to increase their ability to secure loans.

Learn more about the Fides Score rating and AgroFides’ process .