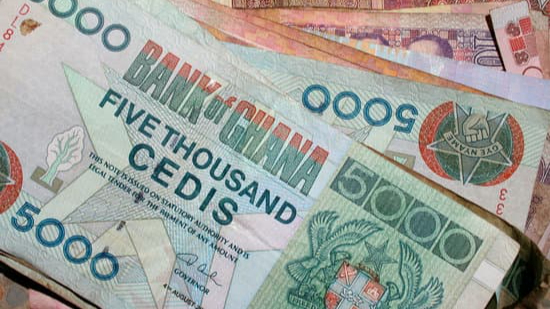 Why you can expect to see repayment of your loan

“Microfinance recognizes that poor people are remarkable reservoirs of energy and knowledge. And while the lack of financial services is a sign of poverty, today it is also understood as an untapped opportunity to create markets, bring people in from the margins and give them the tools with which to help themselves.”

– The late UN Secretary-General Kofi Annan’s remarks at the opening of the Microfinance Symposium on investing private capital in micro and small business finance.

Here, the late Secretary-General Annan is referring to loans that are serviced by microfinance institutions. These loans are directed to those without traditional access to financial services and are intended to lift individuals out of poverty. An example of a microfinance loan could include a $100 imbursement for an unemployed Ghanaian mother so that she can send her child to school, or so that she can invest in herself by way of starting her own food stand. While the goal of microfinance is the ability to make a significant positive impact on individual’s lives at a low cost, it has historically yielded mixed outcomes with respect to its aim of efficiently reducing poverty.

Criticisms of the microfinance model include its unethical reliance on poor people not making good on their loans (more profit for lenders through interest rates), as well as its tendency to cause individuals to fall deeper into poverty traps because of the high-interest rates and unreasonable repayment expectations. As a response to the limitations of the existing microfinance model, AgroFides seeks to take on a niche market previously serviced by the industry, Africa’s sub-Saharan agricultural sector. What we are doing goes beyond the scope of traditional microfinance by providing the platform for lenders to loan capital to creditworthy farmers in need of financing.

According to the 2019 Rural and Agricultural Finance State of the Sector Report , over 70%, or roughly $170 billion annually, of the current global demand for smallholder finance is not being met. AgroFides sees this market failure as both an opportunity to generate positive social outcomes for our cohort of farmers, but also to generate financial returns for responsible lenders around the world! Our thesis that farmers are able to serve as responsible borrowers stems from the empirical research done by our peers in the microfinance space, which indicates that even the poorest of folks have the ability to repay their loans.

Financial Economist Michal Kowalik and Associate Professor of Finance David Martinez-Miera jointly authored the working paper, The Creditworthiness of the Poor: A Model of the Grameen Bank , for the Federal Reserve Bank of Kansas City’s Economic Research Department, which claims that “poorer individuals are safer borrowers.” The paper points specifically to the Grameen Bank in Bangladesh, which is widely regarded as the earliest modern microfinance institution, and its astronomical reported loan repayment rate of 98%, to elucidate the claim. Observing that borrowers in microfinance programs are poor, often have a current source of income and will continue to maintain that income stream, and live in rural areas (lacking monetary saving mechanisms), the authors provide a novel explanation for this high repayment rate. Kowalik and Martinez-Miera theorize that, “borrowers who repay are those with lower expected future incomes, as they place more value on the increase in future consumption that savings provide.” Consistent with the underlying theory, empirical evidence suggests that’s the borrowers with poor “outside options” are characterized as having higher repayment rates, allowing the conclusion to be made that “poorer individuals must have higher repayment rates on their loans in order to maintain their relationship with the microfinance bank and benefit from the savings mechanism.”

So, what would cause a Ghanaian farmer, theoretically a safer borrower, to fail to repay her loan (facilitated by the AgroFides platform)?

According to the study, Causes and Control of Loan Default/Delinquency in Microfinance Institutions in Ghana , which is published by the American International Journal of Contemporary Research, sources of loan default include high-interest rates, inadequate loan sizes, poor appraisals, lack of monitoring, and improper client selection. On the flip side, measures to reduce default were found to include training before and after disbursement, reasonable interest rates, monitoring of clients, and proper loan appraisals. AgroFides provides these services that reduce loan repayment issues, and address the causes of default by ensuring farmers access an appropriate loan for their needs through their platform connecting lenders and farmers. For specifics, check out the process outlined on our website!

AgroFides also appreciates the value of lending to female farmers. Women and Repayment in Microfinance: A Global Analysis , a study that analyzed a global data set of 350 microfinance institutions spanning 70 countries, claims that “a higher percentage of female clients in MFIs is associated with lower portfolio risk, fewer write-offs, and fewer provisions, all else being equal.” As women have traditionally had less access to financial services, the goals of gender equality align with the goals of choosing farmers and loans that are likely to be repaid.

In totality, farmers in sub-Saharan Africa and their need for microcredit do not always equate to a situation involving loan default or delinquency. Rather, by way of theoretical and empirical research, with the appropriate terms, guidelines, and mediation in place, farmers can serve as responsible borrowers for your financial and social impact goals!